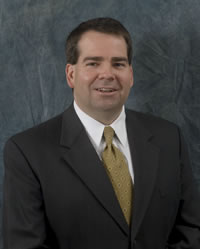 Shane is a partner in the law firm of Ramsay, Bridgforth, Robinson and Raley LLP.  Since 1990, when Shane joined the firm, he has been a practicing trial attorney, representing clients in personal injury litigation, commercial litigation, products liability litigation, agricultural litigation and other areas of complex litigation.  He has also represented clients in cases involving condemnation, real property, insurance disputes and divorce.  Shane’s litigation experience includes numerous jury trials in counties across the State of Arkansas and in the United States District Court for the Eastern District of Arkansas.  Shane has experience handling appeals in cases before the Arkansas Court of Appeals, Arkansas Supreme Court and the United States Court of Appeals for the 8th Circuit.

After graduating from Pine Bluff High School in 1983, Shane obtained a B.S. degree in business from Louisiana Tech University in 1987.  Shane graduated from the University of Arkansas at Little Rock School of Law where he received his Juris Doctorate in 1990.  While in law school he served as an officer in Phi Delta Phi and received the American Jurisprudence Award for having earned the highest marks of all third year law students in Trial Advocacy.  Shane was selected to serve on the U.A.L.R. School of Law moot court team and was successful in competitions against students from other states’ law schools.

Shane is licensed to practice in all of the courts in Arkansas, including the United States District Courts for the Eastern and Western Districts of Arkansas.  Shane is also licensed to practice in the United States Court of Appeals for the 8th Circuit and the United States Supreme Court.  Shane is rated AV Preeminent by the Martindale-Hubbell ® PEER REVIEW RATINGS™ system which is recognized nationally as a testament to the fact that Shane’s peers rank him at the highest level of professional excellence.  In 2012 through 2017, Shane was chosen for inclusion on the Mid-South Super Lawyers list in the practice area of general litigation, an honor reserved for those lawyers who exhibit excellence in practice.